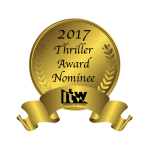 First in the RED OPS series.

“A fantastic read that I could not put down.”
– Marc Cameron, NYT Bestselling Author of BRUTE FORCE.  More Reviews

“If you’re looking for suspense, nonstop action, and a hero you can root for, the Red Ops series will clean your X ring.”
– David Poyer, author of TIPPING POINT and ONSLAUGHT

“Strap in tight and leave your disbelief behind.  Just my type of action thriller.  I read it in a blur.
– George Easter, Deadly Pleasures magazine.      More Reviews

Meet Red Harmon, a father and husband who kills two muggers while defending his family in a parking lot.  He acts instantly, with skillful violence, but minutes later remembers none of it.

Recall is a journey of discovery – a mystery and thriller.  As Red digs deeper, a past hidden even from himself emerges and threatens to tear apart his life and compromise national security.  Once an elite military operator with the Det, a fusion cell of intelligence agencies and Special Forces, his active service was complete.

But his memory is returning, a lethal killing machine is awakening, and Red is returning to duty.

The incident launches an explosive flight that weaves family, military, and the Det into a mounting Iranian nuclear conflict.  Red must rejoin his old team, infiltrate an enemy stronghold, and complete the biggest mission of his life.

You’ll be carried with the team through the streets of Tehran, hunted by VEVAK, the Iranian Secret Service.  With no one to trust, their only hope is to evade an enemy that’s always one step ahead.

It is a story of courage and devotion.  Charismatic characters and multiple plot twists weave an engrossing read you won’t be able to put down until the knockout ending.